Located in the Milwaukee, Wisconsin area, Baker’s Quality Pizza Crusts has been family-owned for 3 generations.  What was initially a central commissary that supplied the company’s own group of restaurants, is now providing custom, hand-crafted pizza crusts to numerous distribution companies across the Midwestern United States.

This is an interview with Chris Miller, Co-Owner / Operations Manager and grandson of the original owner at Baker’s Quality Pizza Crusts.

Can you tell me a little about the history of the company?

It all began when my grandfather moved his family to Wisconsin in the early 1970s.  He, along with his business partner, owned 8 pizza restaurants and a central commissary.  The commissary supplied each of the 8 locations with all the ingredients as well as the pizza crusts.  We received great feedback from the customers over the years but eventually, the restaurants were closed – leaving us with the commissary.  That was 20 years ago.  We’re now focused on our garlic spread, pizza sauce, seasoning and of course, pizza crusts.

How long have you been involved with the business?

Well, (laughing), off and on since I was in high school when I would make boxes during the summer.  After having my own company for a while, and eventually selling it, I returned as a full-time employee in 2012.  When I came back, I was placed on the production line for the first two years.  Since then, my role has changed, as I’m now primarily focused on operations.  And as of last year, I purchased my first shares of the company.

Were there any kind of internal challenges that caused you to begin looking for a lot tracking solution?

For a few years we were looking for a system that would help with our overall batch efficiency and lot tracking.  Most of the solutions that we came across seemed to be geared towards large, commercial bakeries.  We’re a medium-sized company, so we needed something that would fit into our business.  When we saw you at the IBIE show in Las Vegas, we were impressed with the system and the benefits that it provides.  After visiting you and a few of your customers, we were ready to move forward.

What has your experience been since implementing the solution?

As you would imagine, some of the employees were not happy when we told them about the system.  However, after we sat them down and explained the benefits of the system, and that it would help simplify their job, they were interested.  After using the system for a short while – they were hooked and loved it!

Have you been able to reduce or eliminate some of the challenges that you mentioned?  Have you seen any savings?

It didn’t happen often in the past, but there were situations where we missed something and had to scrap the entire batch.  Also, a big benefit for us was being able to simplify the operator’s job by eliminating their need to calculate what the scale needed to show after weighing 3 or 4 ingredients into the container.  There were many areas where mistakes could be made – but the system takes all of them off the table.

Yes, the system is paying for itself.  We’ve had the system in place for about 6 months and it’s already paid for half the cost of the project. 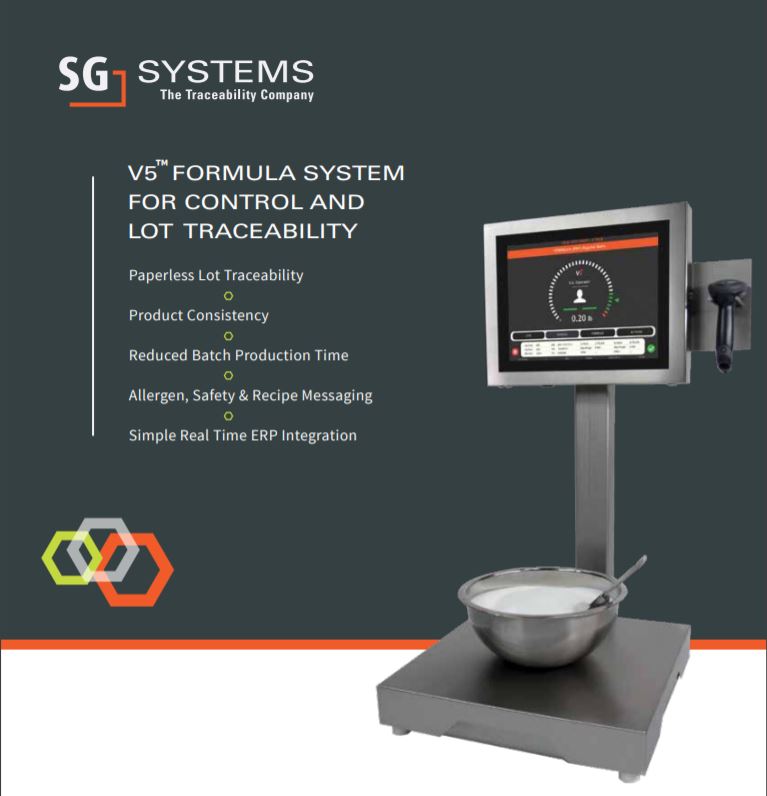