In the early days, Sunflower Kitchen, of Scarborough, Ontario, was cooking small batches in their home kitchen and delivering fully prepared meals to their customers. Things have changed quite a bit since then. They now create their great products in a production facility and they’ve also embraced technology along the way. Both of these were big steps for the company. In an interview with Eldad Jungreis, who was the company’s original delivery driver, we hear about how SG Systems’ Formula Control and QBE plug-in has helped Sunflower Kitchen reduce their daily challenges, while ensuring that each batch is the same great product that was initially created in 1995.

History of the company and role within Sunflower Kitchen?

The company basically began in 1995 by delivering prepared meals to friends and neighbors that had special dietary requirements. Based upon recipes that my wife created, we prepared the meals in our home kitchen. A few years later, one of the local health food stores near our home expressed interest in selling our products in their store. This is when we decided to transition from our home kitchen to an actual production facility. 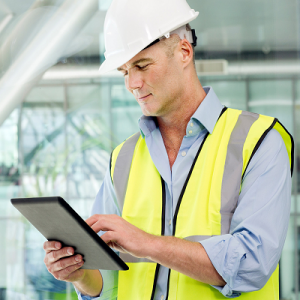 It was definitely easier to produce product based upon larger batch sizes, compared to working in the kitchen and producing much smaller batches.
As far as my role is concerned… Ha, ha. I’ve had a few. My initial roles were to deliver the meals. And to clean the dishes, but they let me do other things now. I’m now responsible for the IT side of things.

That’s a great story. And this delivery service has since grown into Sunflower Kitchen?

Absolutely. We were delivering meals to about 30 families… but it was before technology that we use today – on a daily basis – had really taken off. This was pre-internet and pre-cell phones. Once I left the house to deliver the meals, there was no way for anyone to communicate with me. It sounds ridiculous today, but it was a real struggle.

What was the driving force for Sunflower Kitchen to begin looking for a lot tracking system?

Well, we actually needed more than just a lot tracking system. We could’ve continued doing that with pen and paper, but we knew that we had to take advantage of the technology that was available. When we were smaller, we could easily keep track of things, like stock levels, in our heads. It was very easy to maintain. However, as the company began to grow, I was pulled into other areas, so I didn’t have visibility of what took place on the production floor. So, in order for me to understand what took place in my absence, I had to ask questions. Lots of questions. All of this just to obtain the required production data. It was time consuming. We decided that we were ready for a solution that would gather the data and more importantly, allow us to view the details whenever we needed to.

Were there specific features that your application required?

It’s not enough to track the lot numbers. You have to track the dollars as well. That’s why it was important for us to find a solution that can share information with our existing accounting program (Quickbooks Enterprise – QBE). For example, we needed to be able to create a Purchase Order within QBE and then be able to receive against that Purchase Order. I did not want to have two systems unless they could communicate.

You mentioned the QBE plug-in. How are you taking advantage of the plug-in today?

Aside from creating the Purchase Orders and Sales Orders within QBE, and then sending them to SG for receiving and order picking, one of the advantages is the visibility of what was ordered, received and then paid. Having this connection of all three phases (between the two systems) has been a tremendous help. Again, like I mentioned before, when we were smaller, there were issues that we had to work through. Sometimes we wouldn’t find out about a mistake from the supplier until a day or two after the product was received. We then had to run around and put pieces of the puzzle together. That was a waste of time. With the two systems communicating with each other, we have better visibility and accountability throughout the entire process. That is huge for us.

What kind of experience did you have when interacting with SG’s support team during the implementation and training phases?

I may not be the “normal customer”, because I’m the type of person that likes to mess around with the new system and try to figure things out for myself. I don’t know if that’s good or bad, but that’s how I’ve always been. Plus, even though the system has some complexity to it, it’s not too difficult to figure out how things are supposed to flow. Ease of use has definitely been applied to the system.

Are you telling me that you didn’t require anyone’s assistance?

No, I did require some help. But, honestly, the amount of time was not significant.

Wow! That’s great to hear.  Earlier you described some of the daily challenges that you had prior to implementing the system. Now that the system is in place, have you been able to reduce the number of challenges by streamlining a few processes?

Absolutely. Knowing that the system is ensuring that each ingredient is weighed correctly, while recording the respective lot number, our management team is able to focus on other areas of the business. We no longer need to keystroke the handwritten batch logs into Quickbooks. We simply refer to the data on an as-needed basis. We’ve seen the benefits.

Thank you for your time, Eldad. I greatly appreciate it.

To learn more about Sunflower Kitchen, Inc., please visit their website at www.sunflowerkitchen.com